Bhawani Ayurveda
Il y a 4 années
In order to clarify the current situation I have decided to personally intervene on this topic. My purpose here is not to incriminate anyone but to merely present my work ethic.

I use all the products and medicines from the top rated companies and they are clinically tested and certified. I work only with companies having guaranteed reputation and being able to provide various quality controls and accreditations of the highest standards in drug manufacturing. All those details will be available and added soon on a specific section in my website.

I practice Ayurveda since years and have never been confronted to such case. My work is handled with spirituality, devotion, care, and sacredness.

In that specific case, lead poisoning and any kind of other outcomes or issues related to medicinal use and misuse can be a multi-factor result and, as of now, we are clearly missing crucial information in order to determine the root cause.

The reports I got from the company coming from two different labs are nearby identical and clarify the safeness of the medicine. On the other side, the report sent my way by the patient is completely different. Hence, in order to understand this and have a valid and final answer I will again send the medicines to another lab to verify one more time.

I will follow-up on this thread once investigations results are done.

Also, please allow me to add that patients are exposed everything related to their treatment and recommandations of medicine including lifestyle and it is of their responsibility to follow or not.

The centre I work in is currently in construction because I want to provide the best possible place for patients , but I cannot close the centre because still patients want and need to be treatment and it is done to the best ability. Regarding the food, it is prepared and adapted to the treatment and ayurvedic approach and concerning some family issues it is not correct and even if so, it would be personal and of no place here.

Should you have any question, I remain available and will be glad to assist you in your search for health and authenticity.

In response to the slanderous arguments please find below a communique here to you all.

Considering the medicine is  3000 micro gram of lead each day then in 6 months it would be 540000 micro grams of lead in blood. The actual lead concentration presented by the patient is 848 micro grams per litre which is clearly indicating that it is very recent and has happened due to some other causes and factors. Even, the prescribed dosage of bioavailable lead as per the classics of Ayurveda is from 60 to 120 mg per day , and current dosage is less in order to be absorbed and assimilated in the proper way.

The herbomineral remedies ( such as in this case Vata-5 and Arazaqi ) are made in such a way that every mineral becomes bio available and readily used by body in most natural way. Bio availabity is the process which is being used in Ayurveda for quite long time to convert the inorganic metals into a bio friendly material improving its therapeutic index. The main difference between intake of inorganic metal by mistake and the bioavailable metal is the first causes poisoning and the later does not. There is always presence of metals in blood if you are taking any medicine made with them or having it as a constituent. The most important criteria is to differentiate between the bioavailable metal and inorganic metal is main concern. The inorganic metal never gets down by its own but the bioavailable metals gets down of its own as the digestion and assimilation is controlled due to its bioavailability. It takes minimum 2 weeks to maximum 2 months to completely disappear from blood. The main question hence is to determine if the metal is inorganic or bio available and the modern science does not have the answer for it. So no allegations can be made until the laboratory and testings have the criteria to differentiate both of them.

Some strong medicines are required in very difficult and chronic diseases which have been said incurable or no specific cure known yet and with such there is a specific protocol to be followed by the patient, that has been exposed and detailed at the end of the treatment. I can assess in that case it has not been followed properly hence leading to consequences I am not responsible for.


The reports and analysis presented by French laboratory is not corresponding with the reports I have from two different laboratories. Yes the capsules are made up of minerals, but they are time tested formulas used by numerous of patients and had never caused any trouble by the past . Also, the reports I have on my side are clear and clean and have been provided to the patient.


All the laboratories information have been already sent to the patient and here also :

My diplomas are available here on my website http://bhawaniayurveda.com/sample-page/dr-soni-and-his-team . My work is made with passion and devotion otherwise I would not be writing this communique obviously. The patient is claiming for a full refund of stay and treatment, but if ever there was an issue it needs to be claimed to the lab as I am not the one making the medicine and I would join the patient to pursue them.

There is another false allegation about why I did not raised alarm for the medicines. I have already posted to all people whom I considered should be informed to stop the specific medicine and they did. Regarding Azraqi and after receiving the reports I did not find anything wrong in the medicine so there was no need to raise an alert, also considering that I have been using this medicine from long time with great results and complete safety.

In consequence, all those slanderous arguments are either totally wrong; either " partially " true, but distorted , presented under false appearances , adding inaccurate and missing circumstances.

In that second case it would be if the medicine is proven contamined and if so, I would obviously stop working with the company - being misleaded myself - and would pursue them for wrong reports and certifications.

In any case I could file a complaint for false accusation that have been written by the former patient, and being an attempt to damage my reputation or defamatory.

However, I am a firm believer that Karma will do justice for everyone hence I will never do so and I hope my words here will put an end to that. Please write me separately if you still have any queries or concern.

Once the latest investigations and all the reports have been sent my way, I will write regarding the conclusions of this case. 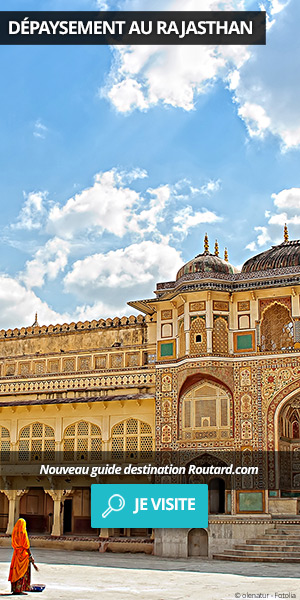